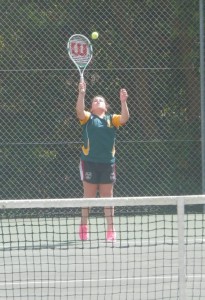 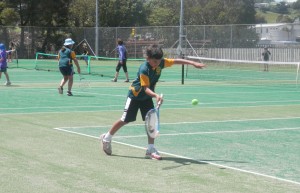 “Vrmm Vrmm,” Blackie’s bus chugged away from the bus bay. It was Wednesday 12th of November 2014 and a bundle of overexcited children were headed to Whangarei to play an enormous amount of fun tennis. And were they ever over-excited, the bus was shaking side to side, either that or Blackie’s music was a bit too loud.

The noisy bus pulled into the Thomas Neale car park. The large group of kids bustled into the grounds, signed in and went to the seating area and made themselves comfortable. Nervous faces stared towards the courts. I could hear the kids muttering,”I’m gonna get beaten.”

A man walked out from behind the counter and announced the rules for the day. We were to play at least three games each.

Suddenly, Siale’s name was called out, I was so excited and it wasn’t even me playing! 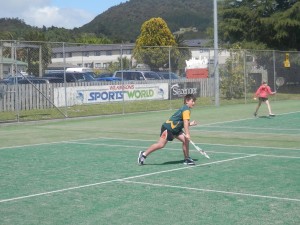 Some of the kids played in the first round, some in the second but I still hadn’t played a game. I was busting my boilers, I wanted to get on that court. Next thing I knew, my name was called and I was facing my first opponent.

By lunchtime, all the kids from Selwyn Park had played. Some had won a few, some had lost but I was headed back to the court to play in the FINAL. I was nervous but I knew if I focused on my game I could win.

After a set of fantastic rallies the game came to its final point. I slammed the ball down the court, past Abi, my opponent. Excitement zoomed through my shocked body. I had just won the Year 5 and 6 Girls competition. I was the best Year 5 and 6 girl at the tournament!

As the Selwyn Park kids, and our coach Mr Cole,  strode back through the gates to the bus our heads were high and we were proud. But I couldn’t wait to see all my friends and tennis mates and tell them about my victory.

Blackie’s bus once again pulled away with a load of exhausted but pleased children. 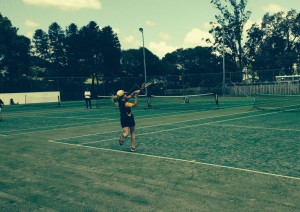 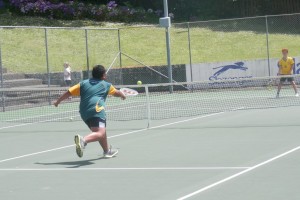